There are many crimes involving controlled substances. Among them:

-Under the influence of controlled substance.

-Possession of paraphernalia for using drugs. 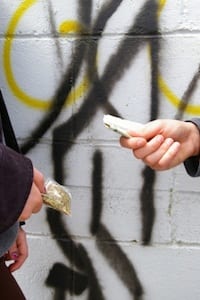 The first issue in any drug case is usually whether the officers ‘seized’ the alleged controlled substances illegally. If the officers committed an illegal search and seizure in violation of the Fourth Amendment, the evidence – whatever it may be – should be suppressed. The Fourth Amendment requires reasonable suspicion. So it is not enough that you live in a high-crime neighborhood. It is not enough that you are nervous when the police come around. Unless the police had reasonable suspicion that you were engaged in criminal activity when they stopped you, the evidence they took from you should be “suppressed” and cannot be used against you at trial.

A drug case also involves scientific evidence. It is critical that scientific evidence and the testimony of so-called experts be viewed with a critical eye. It is important to examine the collection, preservation, and analysis of scientific evidence. As the shocking scandal at the crime lab in San Francisco shows, laboratory tests cannot be trusted if abuses are allowed to go unchecked. Drug prosecutions also often involve informants, undercover police officers, and so-called experts testifying as to whether a particular stash of drugs was intended for sale or for personal use.

When a defendant has a drug problem and wants to get help, there are alternatives to prison and jail such as Drug Diversion, Prop 36, and inpatient rehabilitation.