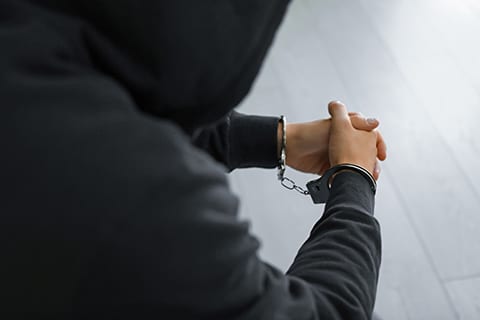 I recently learned that a friend who is African-American has been detained by the police several times for no good reason. On each occasion, the police stopped him, frisked him for weapons, and asked to know his name and date of birth so that they could proceed to run his rap sheet. When his record came back clean, or “Charlie,” they released him and let him go about his business. While my friend did not think much of it, I think about it because it is a violation of the Fourth Amendment.

Under the Fourth Amendment of the United States Constitution, the police can stop you to perform a brief investigatory detention if they possess reasonable suspicion of criminal activity. They can arrest you if they have probable cause.

But what the police cannot do is pry into the lives of individual citizens minding their own business, like rustling the branches of a fruit tree in order to make the fruit fall. Sure, the police would discover a lot more illegal activity if they could walk up to anyone, anywhere they like, and search them. But that is not the bargain that the framers of our Constitution struck. As Americans, we prize limited government and individual freedom. The police cannot stroll through the streets, running roughshod over people’s individual privacy, in order to enforce social control.

Too often, however, police officers make investigatory stops based on nothing more than vague and general hunches – the race, class, or social status of the citizen, or the fact that they have committed a crime at some time in the past. They detain the person, and if they find contraband, such as a gun, drug paraphernalia, or drugs, arrest them. When the person, now a defendant in a criminal case, makes a motion to suppress evidence obtained in violation of his Fourth Amendment rights, the police officers in question too often take the stand and lie about it. They fabricate probable cause, claiming for example in case after case that they saw the person reach towards his waistband for what they believed was a gun – when the person had nothing – or that the person’s speech was rapid and choppy and pupils were large and must have been under the influence of drugs.

At stake in each motion to suppress is not only the defendant whose criminal case is before the court. Really at issue is whether and where judges draw the line between legitimate police work and unconstitutional invasions of personal privacy. For every defendant before the court, there may be countless other individuals who were also unlawfully searched and did nothing wrong. Jealous defense of the Fourth Amendment protects all of our rights. It also ensures that the most vulnerable among us are not profiled and stopped over and over — causing the biased and the disproportionate enforcement of our criminal law.