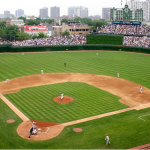 The doping trial of retired pro baseball pitcher Roger Clemens came to an abrupt and unceremonious end this week. Federal District Court Judge Reggie Walton declared a mistrial and excused the jury because the government repeatedly presented evidence that was inadmissible. First, in opening statements, the government lawyer referred to steroid use among Roger Clemens’ teammates, a fact that would simply subject Mr. Clemens to guilt by association. Second, the prosecution played a video – complete with running transcript at the bottom of the screen – that featured testimony that the judge had previously thrown out. 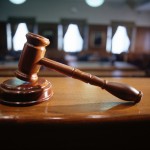 The judge declared that he cannot ‘un-ring the bell,’ and rejected a request from prosecutors to instruct the jury to ignore the inadmissible evidence, stating of Roger Clemens, “He’s entitled to a fair trial and, in my view, he can’t get it now.” A hearing will be held September 2 to determine whether the government can re-try Mr. Clemens.