Changes to the Penalty for Pot Possession 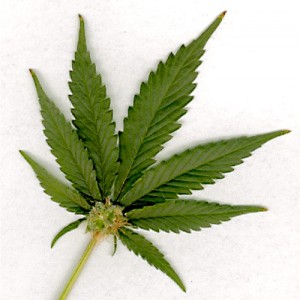 Governor Arnold Schwarzenegger just signed a law which takes effect immediately reducing the penalty for pot possession. This comes on the heels of the movement to pass Prop 19, which would make possession or cultivation for personal use of small amounts of marijuana legal under California law.  What does all of this mean?

Until now possession of a small quantity of marijuana was a misdemeanor offense, but the crime carried very small penalties. Typically the maximum penalty was a small $100 fine. No jail time, no probation. In fact, the offense was so minor that many DAs did not bother charging it. And if they did you were entitled to an attorney, a trial by jury, and all the rights attendant in a criminal case.

Now, with the new measure Governor Schwarzenegger has signed into law, marijuana possession is downgraded from a misdemeanor to an infraction. So if you possess for personal use one ounce or less of marijuana, you can only be charged with an infraction, not a crime. An infraction is a violation that is the equivalent of a traffic ticket.

Sound good?  Yes, but with some caveats.

Previously, if you were caught possessing small amounts of marijuana you’d be arraigned in criminal court.  You’d enjoy the right to an attorney under the Sixth Amendment of the constitution and the right to a jury trial under the Seventh Amendment of the constitution. If you couldn’t afford to hire your own attorney, a public defender would be appointed to represent you.  If you wanted to fight the charges, you were entitled to a jury of your peers.  And nothing gets a prosecutor to dismiss a case quicker than demanding a trial by jury in a case of pot possession!

The new measure which reduces marijuana possession to an infraction strips defendants of their constitutional rights. No right to a jury trial, no right to have an attorney appointed if you can’t afford to hire one.

Maybe you’re OK with this. Maybe you just want to pay the ticket and get on with it. One thing to understand, though, is that there can be collateral consequences to marijuana possession, including suspension of your driver’s license.

If Proposition 19 is passed by California voters next month it will make it legal for the first time for adults to possess or transport for personal use one ounce or less of marijuana. It will also make it legal for adults to cultivate small amounts of cannabis for personal consumption. It will also give local governments the authority to license, regulate, and tax the commercial sale of marijuana. Stay tuned. And don’t forget to vote on Election Day, November 2nd!