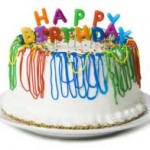 This month is the 55th anniversary of Miranda v. Arizona, the landmark decision that reshaped the landscape regarding confessions obtained through police interrogation. The court examined extensive factual data, including police department handbooks and training manuals, and noted that suspects are typically interrogated incommunicado amidst an atmosphere of domination. The court held that in-custody police interrogations are inherently coercive and that confessions thus obtained are inadmissible in court unless the suspect has been given Miranda warnings.

Over the years, the ruling by the Supreme Court in Miranda has been chipped away. But overall it’s a decision that has withstood the test of time. History vindicates the authors of Miranda. We now know from DNA exonerations that many wrongful convictions involved false confessions. This included the famous Central Park jogger case, the defining case of New York when I grew up. By the Innocence Project’s numbers, 25% of wrongful convictions involved false confessions or guilty pleas.

Several years back, in Dickerson v. United States, conservative legal scholars from the Federalist Society tried to overturn Miranda v. Arizona. They argued that the decision created a “constitutional straightjacket” for police officers and that anyway the risk of unreliable forced confessions is overstated. So much for that argument. Luckily the Supreme Court disagreed.