Parole Outside a Minor’s Natural Life is Cruel & Unusual Punishment 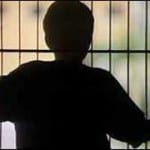 In Graham v. Florida, the U.S. Supreme Court held that sentencing a juvenile convicted of a non-homicide crime to life without the possibility of parole is ‘cruel and unusual punishment’ under the Eighth Amendment. The court relied on differences between juveniles and adults. “Developments in psychology and brain science continue to show fundamental differences between juvenile and adult minds. For example, parts of the brain involved in behavior control continue to mature through late adolescence.”

This month, the California Supreme Court decided in People v. Caballero that the rule of Graham applies equally when a juvenile is sentenced to consecutive terms that in the aggregate fall outside the juvenile’s natural life expectancy. Rodrigo Caballero was 16 years old, and would not become eligible for parole for over 100 years. The court held that sentencing a juvenile offender to a term(s) of years with “a parole eligibility date that falls outside the juvenile offender’s natural life expectancy constitutes cruel and unusual punishment in violation of the Eighth Amendment.”