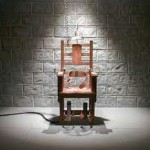 Oakland state senator Loni Hancock has announced that she will be introducing legislation to ban the death penalty in California. Her argument is most persuasive because it is practical. Regardless of where you come out in the debate about the moral legitimacy of the death penalty, it is difficult to ignore the numbers which she pointed out:

– Since the death penalty was passed in California in 1978, there have been 13 executions.
– The cost of those 13 executions has been $4 billion.
– More than a dozen people had been wrongly executed in Illinois before it banned capital punishment this year.

Senator Hancock’s legislation would put an initiative on the ballot next year for voter’s to decide. If passed by voters, it will abolish the death penalty and convert all existing death sentences to life without the possibility of parole.

To learn more about the legislation, visit the website of Oakland State Senator Hancock.