Trail-Blazing Not for Prosecutors 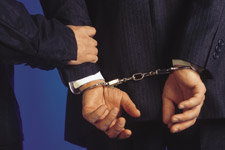 The Federal Court of Appeals for the Ninth Circuit overturned the conviction of Prabhat Goyal of fifteen counts of security fraud and other white collar crimes. Mr. Goyal, the former CFO of Network Associates, Inc. (NAI), faced charges in a high profile commercial case in which prosecutors claimed that Mr. Goyal materially misrepresented sales revenue in SEC filings. The Court of Appeals held that based on the evidentiary record, no rational jury could have concluded beyond a reasonable doubt that Mr. Goyal intended to mislead investors or that the misrepresentations were material. A concurring opinion by Judge Alex Kozinski is worth quoting at length:

“Civil law often covers conduct that falls in a gray area of arguable legality. But criminal law should clearly separate conduct that is criminal from conduct that is legal. This is not only because of the dire consequences of a conviction–including disenfranchisement, incarceration and even deportation–but also because criminal law represents the community’s sense of the type of behavior that merits the moral condemnation of society. When prosecutors have to stretch the law or the evidence to secure a conviction, as they did here, it can hardly be said that such moral judgment is warranted.
Mr. Goyal had the benefit of exceptionally fine advocacy on appeal, so he is spared the punishment for a crime he didn’t commit. But not everyone is so lucky. The government shouldn’t have brought charges unless it had clear evidence of wrongdoing, and the trial judge should have dismissed the case when the prosecution rested and it was clear the evidence could not support a conviction. Although we now vindicate Mr. Goyal, much damage has been done. One can only hope that he and his family will recover from the ordeal. And, perhaps, that the government will be more cautious in the future.”

The problem with prosecutors that interpret the law in new and creative ways is that defendants haven’t been given notice that their conduct is a crime. The hapless targets of ambitious prosecutions are held out as “examples;” but the trouble is, they didn’t know that their conduct was unlawful at the time. Advance notice is a cardinal principle in criminal law. If the government wants to crack down on shadey financial dealing, damaging the environment, and the like–great. But strong laws should be put in place before the fact. Weak ones should not be stretched by prosecutors to fit every occasion.