You’ve been stopped for DUI. Can officer force a blood draw?

You’re stopped for a DUI late at night. You’ve had a few beers. After the officer questions you, and instructs you to perform coordination exercises that he calls “field sobriety tests,” he asks you to submit to a chemical test. What can you do? 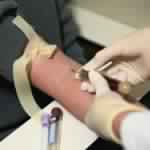 In addition to the driver’s license suspension, there could be a forced blood draw. The officer could get a phlebotomist to draw blood from you against your will.

A recent Supreme Court decision clarifies whether a search warrant is necessary before a police officer can force a blood draw. In Missouri v. McNeely, in a majority opinion written by Justice Sotomayor, the Court held that the police officer must obtain a warrant from a judge before performing the blood draw if there is reasonable time to do so. If you have a current DUI case, in which blood was drawn against your will, talk to your lawyer. It is likely that the blood was taken without a search warrant and that McNeely gives you a legal defense.