Hello, Anyone Home? Cell Phones and the Right to Privacy 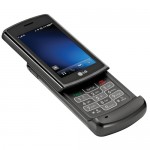 The California Supreme Court came down with a very controversial decision this month. In People v. Diaz the court decided that the police may automatically look through your cell phone or smart phone just because they have arrested you. They do not need to actually have probable cause to believe that evidence will be found on your cell phone or go get a warrant to search it.

To review, the Fourth Amendment of the Constitution provides that “The right of the people to be secure in their persons, houses, papers, and effects, against unreasonable searches and seizures, shall not be violated, and no warrants shall issue, but upon probable cause, supported by oath or affirmation, and particularly describing the place to be searched, and the persons or things to be seized.” The plain language of the Constitution has been stripped away over the years by activist judges. People v. Diaz is the latest example of judges giving the police unbridled authority and drifting away from the meaning of the Fourth Amendment.

It is true enough that if the police have the right to arrest you they also have certain other privileges. They can search your person, as a natural incident of arrest. They can also search the area within the immediate reach of the person being arrested to make sure that evidence isn’t being discarded and weapons aren’t being stashed.

But in the latest onslaught on privacy rights, the California Supreme Court has taken the search incident to arrest doctrine and stretched it beyond any logical bounds. If the cop has probable cause to arrest you, he can also sift through your contacts and plow through your text messages and email. It is no matter that your arrest has nothing to do with your phone. It’s no matter that he doesn’t have a warrant.

Apologists for the Supreme Court’s opinion may argue that if the police have probable cause to arrest you, they probably have good reason to think that evidence of your offense will be found on your cell phone. But that is by no means true. What if you’re arrested for DUI/DWI, reckless driving, or driving on a suspended license? What about disturbing the peace, trespassing, battery, or vandalism? How about you get stopped for a speeding ticket and get off on a bad footing with the officer and find yourself facing a resisting a peace officer charge? These are the kinds of things for which ordinary people are commonly arrested.

If the police do have probable cause that a cell phone is an instrumentality of crime or contains relevant evidence, they can hold the cell phone for safekeeping and apply to a magistrate for a warrant. The warrant application would identify the parts of the cell phone to be searched and prove that there is probable cause.

In all fairness, the California Supreme Court’s decision is well written and cogently argued. But it is an exercise in ‘legal formalism.’ Exalting form over substance, it finds its legitimacy in supposedly bright-line rules passed down by the United States Supreme Court in past decisions, which have strayed from the original text of the Constitution, and would work absurd results in an age of smart phones and cell phones. As the dissenting opinion by Judge Werdegar notes: the court’s decision will now “subject anyone who is the subject of a custodial arrest, even for a traffic violation, to a preapproved foray into a virtual warehouse of their most intimate communications and photographs without probable cause.”

In a decision last year Arizona v. Gant, the United States Supreme Court reigned in a run-away search incident to arrest line of cases. Taking the well-established precedent that the area in reaching or grabbing distance of a person being arrested may be searched, that line of cases held that the passenger compartment of a car may be searched even when the suspect has been handcuffed and placed in the patrol vehicle. Recognizing that any danger that the suspect could reach for a weapon or stash evidence in his car at that point is a fiction, the Court disallowed searching the vehicle as a search incident to arrest under those circumstances and restored sanity and common sense to traffic stops.

Similarly the Supreme Court should weigh in on the question of whether the police can rummage through the personal mobile computers of persons who are arrested. It should find that without probable cause and a warrant, they cannot.

In the meantime, if you want to keep the content of your cell phone private and free as possible of the prying eyes of the police, here’s some advice. Keep your cell phone near you, rather than on you. The California Supreme Court thinks it makes a difference if the item is found on your person or within your reaching distance. You’re better off keeping your cell phone or smart phone in your handbag, briefcase, or even next to you in your car, than you are in your clothes. And maybe it’s time for a password. I’ve never been a big fan of password protecting my cell phone, but Diaz may have persuaded me otherwise.